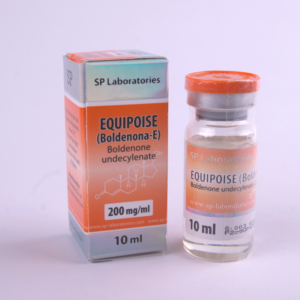 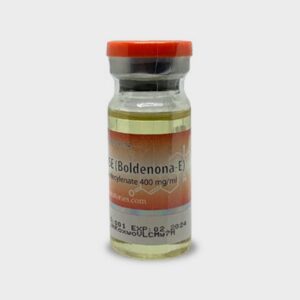 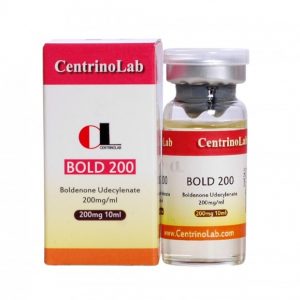 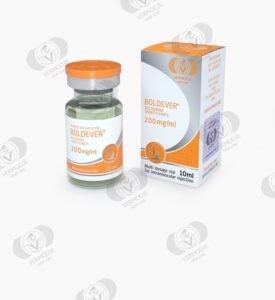 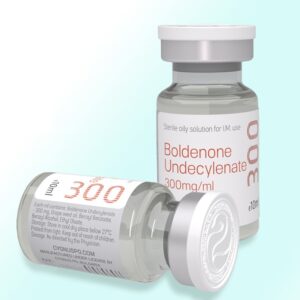 Boldenone is well-known under the trade name Equipoise. It`s not officially licensed as human grade substance, thus technically it should be considered as veterinary steroid. Despite of this, many UG brands are of a perfect quality, which could be par to human grade at all instances.

Boldenone Undecylenate is a derivative of testosterone, which has strong anabolic effect and only moderately androgenic. It provides a slow but steady and consistent gain in quality mass and strength along with with good relief. Best results are achieved when Equipoise is combined with other steroids. It is generally considered to be a stronger and a bit more androgenic than Nandrolone Decanoate. It`s cheaper, and could well replace Deca in most cycles.

Another great effect of boldenone is its ability to increase the number of red blood cells at much greater extend than most of other anabolic steroids although not as much as EPO injections. Also, users usually report an increased appetite. Dosis y uso Boldenone stays active for quite a long time, in medicine injections are required every 3 or even 4 weeks. However, athletes must do it every other days to maintain stable levels. If this is not possible, do it no less than once per week

Average dosages of Equipoise are 400-600 mg (in rare occasions 200 mg) per week.  This is quite sufficient, do not increase the dosage above 600 mg since it will not produce any additional benefits.

Common bulking cycle length is 10-12 weeks, shorter cycles are much less effective because this is slow acting drug!

For mass, Boldenone stacks very well with Dianabol, Anadrol or injectable testosterone like Sustanon or long-acting  testosterone cypionate /  enathate. The result should be an incredible gain of muscle size and strength and less sides comparing to standalone use of named androgenic components. For instance, possible stack could be 400 mg of boldenone plus 250-500 mg of testosterone weekly with duration 10-12 weeks.

Equipoise is highly effective not only for mass but also for contest preparation (cutting) since it aromatizes very poorly. Muscle hardness and density can be greatly improved when Boldenone is combined with steroids like Proviron (mesterolone), Parabolan (trenbolone hex), Halotestin(fluoxymesterone), or Winstrol (stanozolol). For cutting it also stacks with nandolone phenilpropionate, possible cycle is 300-500 mg of boldenone plus 300-500 mg of nandrolone-ph for 6-8 weeks. It could be used in a final (relief) part of a longer cycle at 100-200 mg/week along with winstrol (stanozolol) 50 mg/day for around 6 weeks.

For some athletes, however, even the low buildup of estrogen associated with this compound is enough to relegate its use to bulking cycles only.

Boldenone will be the best for endurance running because it stimulates the release of erythropoeitin (EPO) in the kidneys which signals the body to increase the production of red blood cells.

Boldenone is associated with mild sides – low aromatization, conversion to estrogen is approx 50% comparing to testosterone. Water retention is mild, comparable to deca but much less than with test. There`s some risk of developing  gynocomastia for estrogen-sensitive athletes when high dosages used. All of these could be easily cured by using tamoxifen or clomiphene, stronger antiaromatisers are not needed.

Androgen-related problems could occur, too, with high dosages of Boldenone used. These are oily skin, acne formation, increased aggression and hair loss. Using proscar / finasteride is virtually useless against boldenone because they block different metabolites, so the best protection is to control dosage.

Besides these, users also report suppression of endogenous testosterone production. Thus, it`s always advisable for the athletes to never take the drug alone. Failure to do so can result to possibility of sexual dysfunction. A combination of HCG and Clomiphene/Tamoxifen may likewise be needed at the end of each cycle to avoid a “crash”, particularly when running long in duration.

If high volume injections are made too frequently to the same injection spot, an oil abscess may form. It will often dissipate on its own but in the worst case it may require surgical drain. Athletes should take caution and rotate injection sites, this is true for many other steroids as well. Limit each injection to 3ml and use the same spot again no more often than once per week, preferably every other week.

Detection period is up to 5 months due to the high oil solubility of boldenone undecylenate`s long chain ester. Such property enables the drug to remain deposited in fatty tissues for a long time. This notably slows down the release of steroid into the blood stream and allows small residual amounts to remain present in the body far after the initial injection.

Females could be quite comfortable with Boldenone if used at 50-75 mg / week, virilization symptoms are highly unlikely to occur. Maximum allowed dosage is 150 mg / week.